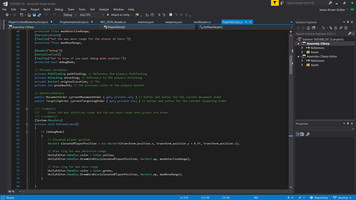 This blog will outline the tasks that was undertaken in sprint 4 and what was used in order to achieve this. This sprint I decided to move onto the  Player AI Movement Orders and the Player AI Attacking Orders. This involved setting up attack freely, defend and hold fire for the Attacking Orders and setting up  move freely, engage and hold ground for the Movement Orders.

This sprint I ended up using the resources listed below:

What we found out