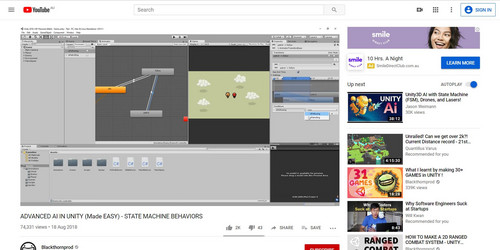 This blog will outline the tasks that was undertaken in sprint 2 and what was used in order to achieve this. This sprint I decided to attempt basic locomotion and a basic sword attack . I didn't end up completing this task in the end due to running out of time and producing a few botched attempts. Throughout this sprint 2 ran into a couple of issues along the way, one of them being used to unreal engine.

This sprint I ended up finding the resources listed below:

What we found out

During this sprint i found out that the animation state machines in unity are a bit confusing to setup, if you move straight from unreal. I also found out that are a few ways that you can approach animations in unity depending on the result that you require.